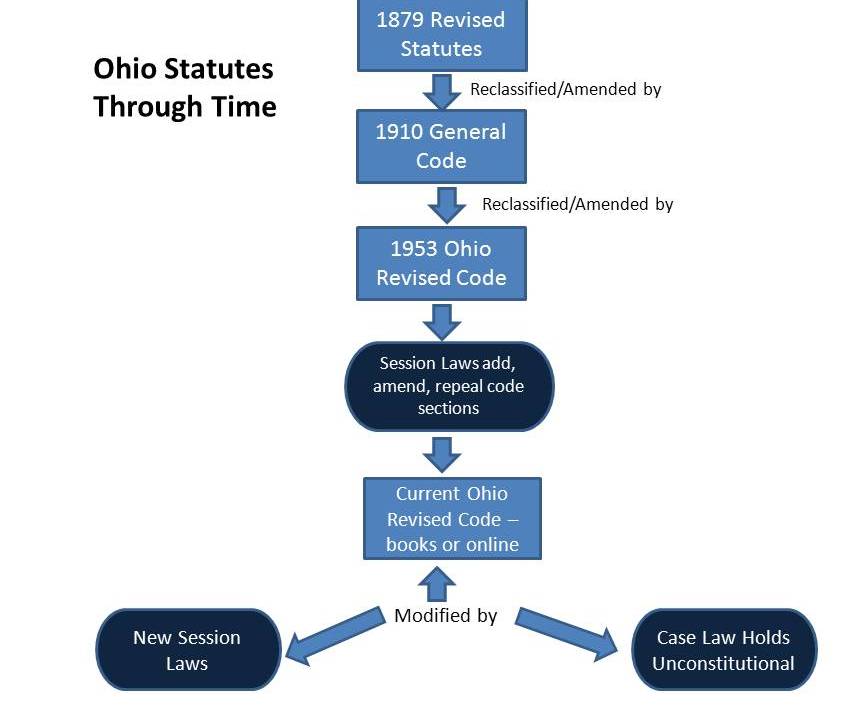 The following are also on HeinOnline - State Statutes a Historical Archive

If the researcher finds a General Code section in an old case, a correlation table will identify where this section was codified in the Ohio Revised Code.  There are also tables showing the corresponding sections in the General Code and the Revised Statutes.