Image from The National Judicial College

The Sixth Circuit Court of Appeals hears appeals from Ohio, Michigan, Kentucky and Tennessee District Courts. Reported cases appear in the Federal Reporter series. Reported and unreported cases are available on Lexis, Fastcase and Westlaw. Published opinions issued since July 1, 1999 and unpublished opinions issued since October 1, 2004 appear on the Sixth Circuit's Web Site. Findlaw has Sixth Circuit opinions from 1996 to current. Copies of recent opinions are free on the federal Pacer docket service. Searching is not free, but the cost is minimal. Also try:

The Sixth Circuit Court of Appeals now allows citation of all unpublished opinions. See Sixth Circuit Rule 32.1. This was in response to a change in the Federal Rules of Appellate Procedure, mandating that for cases decided on and after Jan. 1, 2007, appellate courts may not restrict the citation of unpublished cases. See Fed. R. App. P. 32.1.

U.S. Supreme Court: The highest court for both state and federal cases. See Where to obtain US Supreme Court Opinions and Legal Research on the Web - Cases.

Overview of the Federal Court System 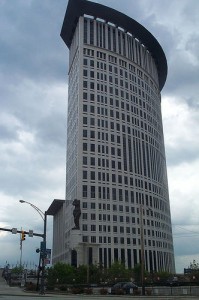 The name of each court links to a description of that court and/or its jurisdiction.